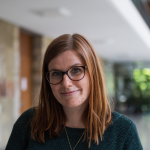 I am an interdisciplinary social scientist with a background in political and computer science. My research follows the paradigm of theoretically based empirical research and focuses on political psychology, political integration of societal sub-groups in comparative perspective, research methods, and science studies. I have an excellent knowledge of both qualitative and quantitative methods, which I use to further our understanding of societal phenomena such as group identities, political attitudes and comparative electoral behaviour.

After finishing my joint master’s degree in Political Science (major), Computer Science and Accounting at the Johannes Gutenberg University in Mainz, Germany, I successfully defended my PhD dissertation on the measurement of party identification in April 2016.

Currently, I’m a full professor in Political Sociology at the University of Bamberg, Germany as well as associated member at the DeZIM Institute in Berlin. Previously, I was Head of the Research Cluster on Data and Methods at the DeZIM. Earlier, I held positions as postdoctoral research fellow (2016-2019) at the Chair for Empirical Political Science (Head of Chair: Prof. Dr. Achim Goerres) where I coordinated a DFG-funded project on the political participation of immigrant-origin voters, the first Immigrant German Election Study (IMGES), postdoctoral research fellow (2015-2016) at the German Centre for Higher Education Research and Science Studies (DZHW) and research associate (2011-2015) at the Chair for Political Sociology at Johannes Gutenberg University (Head of Chair: Prof. Dr. Kai Arzheimer).

My work has been published in the British Journal of Political Science, European Journal of Personality, Electoral Studies, International Journal of Public Opinion Research, Journal of Elections, Public Opinion and Parties, Journal of Ethnic and Migration Studies, Political Psychology, Scientometrics and West European Politics amongst others. Furthermore, my research has been featured on television and in newspapers both in Germany and abroad, as well as on national radio, e.g., ARD Tagesthemen, ARD Nachtmagazin, Tagesspiegel, DER SPIEGEL, MDR, dpa, Vedomosti.

Updates and current working papers can also be found on my ResearchGate account.

March 2022
How is the German public reacting to Russia's war in Ukraine? New German-language working paper online at SocArXiv.

November 2021
Exciting news: I will start as Professor of Political Sociology at the University of Bamberg in April 2022!